Today, I played the endgame of Assassin’s Creed Odyssey. It was a thrill ride the past couple days as I took on legions of armies, mythical creatures and the bulwark of numerous armadas. To come to one of the saddest endings I’ve gotten on my first playthrough since The Witcher 3. Staying with the choices I made through the game, I ended up seeing my whole family dead by the time the fade away scene came along. Kassandra (because she is obviously the better choice), was alone back at her family home, with no one to accompany her. Sad, but not the end. I then finished my other two storyline missions, successfully sealing off the underwater city of Atlantis and finishing off the Cult of Kosmos for good.

In both instances, we see how the conglomeration of multiple stories come together to form a synchronized past(ha), path. It shows how each thing we do truly affects the outcomes and how even though we are one person, we can influence many different things to go in many opposing or similar ways.

I did a lot of naval battling in the last hours of the game and finally after my 160-hour run began to fully enjoy it. After Ubisoft adding the ability to improve your ship even farther, I felt like I could even take on the ‘Kraken’ that scarred Barnabas’ eye. 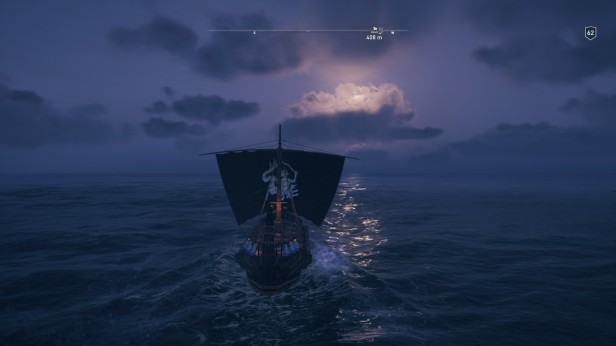 I saw Kassandra meet Layla and continue the path we first saw start in Origins. How things are coming piece by piece together not just inside the animus but out of it as well.

The game is wonderful but is beginning to suffer like others out there. There is just too much to do. And even with doing all the side missions available and even a fruitful amount of radiant quests I haven’t reached the new level cap, which I believe to be 70(similar to the last game).

But, Ubisoft has released additional content that introduces The Order of the Ancients whom we know is the beginning of the Templar Order.