Nearing the end of the game, I’m finally feeling like I am gaining power. To play through five of the Assassin’s Creed games and just now have the power to push someone the way I have been pushed for hours on end just feels right. 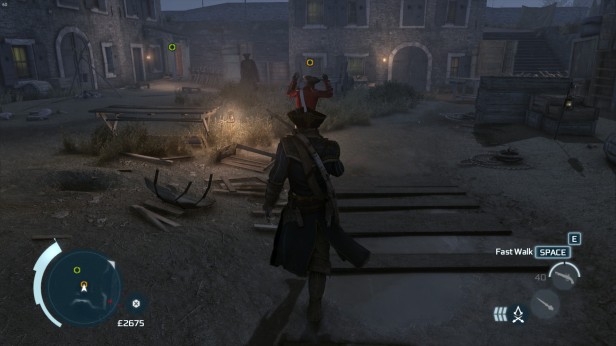 Not saying holding someone at gunpoint is the moral compass an Assassin wants to follow, but damn it felt good. The third, but really the fifth, game in the installment brings something completely new to the table with Connor, which I think most people miss. Connor is his own person and someone who is hotblooded and underneath the hate and revenge and lust for saving people, lies someone of a scary calm collectiveness and ferocious tenacity. We see all of this whenever Connor is called to action during the many, many, homestead missions in the game. From helping give birth or planning a wedding to chasing and hunting down people who have hurt the other villagers.

We also see Connor through the stubbornness and personality of his father. Through the missions that you go through with Haytham, you understand why the two get on each other’s nerves and follow different paths from each other. You also understand a little more of the Templar side of things through Haytham, and it makes it start to sound more appealing, at least battling against Connor’s ideology. 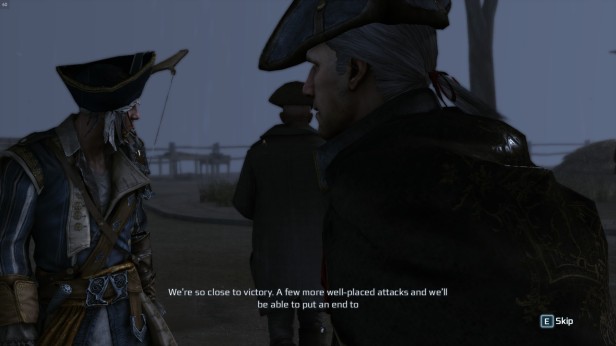 My hat is also bigger than Haytham’s, so any argument he has is invalid. Just saying.

The relationships between father and son seem to be an ongoing theme in this game as well. Bringing back Desmond’s father just to see the two reconcile and grow closer so far, juxtaposes the idea of splitting apart between Haytham and Connor, which does not coincidentally fall in around the same time. 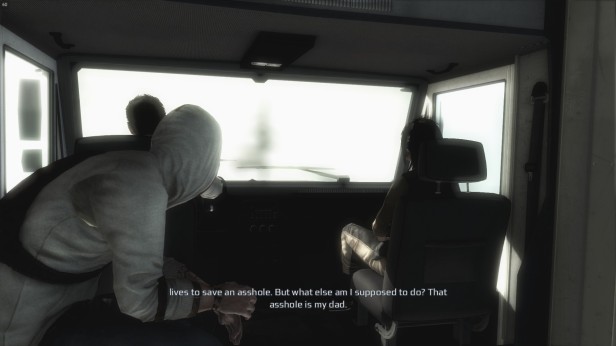 Desmond can’t explain why he wants to rescue his father, save for the fact that he is his Dad, and that even if an asshole there shouldn’t be another reason. Something that Connor doesn’t seem to understand. Desmond even goes all out, risking the world and everyone in it to save the one man who gave him life. Assassins Creed has always been a game for small messages that appear in mediocre or big ways, it’s one of the allures, even if we don’t get the message, some part of us understands.