***Disclaimer: Spoilers ahead, be warned.***

Sorry for the lack of updates recently guys. I’ve been working on a game that had to have my full attention. Yesterday, I had finally beaten it, with all DLC included. Though, as with my tradition, I haven’t beaten the game to 100% completion as I usually do. So this review will only be with about 91.42% of the game complete. That being said, I have beaten the game, and the last things I need to do are find the holo-pads that are scattered among the massive world.

Let me just start off by saying that this is one of the best games I have played in probably my entire life. And that consists of a repertoire of about five hundred games. So let me break down into detail on why this has taken a special spot in my heart.

First of all, the fluidity of movement and use of weapons. As with games like Dark Souls, dodging by rolling becomes a big factor in this game, especially when you are dodging mechanical dinosaurs that are about the size of at least a three-story building. It is further amplified and used when you unlock a skill that allows you to make short of long rolls. This seems like a simple mechanic, but it was useful when fighting things like the Thunderjaw or Stormbird, that have AoE(Area of Effect) attacks.  I had played the game on the hardest difficulty, as I do with most, and I had trouble at times. But you can learn from your mistakes in this game, and timing your rolls or attacks at that right time in the right place can be extremely beneficial. Its a sequence that requires skill, and of course a speck of luck. For a game that takes place in the future but also in a time that technology in weapons isn’t exactly caught up yet. Guerilla makes good use of the variety that they give you.  From weapons like the Ropecaster to your standard bow and arrow. The best thing is that everything is balanced and certain weapons are best used against different enemies. Forcing you to switch up your arsenal at times to take down something like a Behemoth. In the beginning, I was upset with the focus and aiming procedures of the game. I felt like Aloy, the main character, could hit a bee at the end of 50 yards, but I couldn’t hit a mountain that I’m standing on. This upset me, in the easier difficulties there is an aim assist and it is for good reason. It took some getting used to, but learning is something that makes this game feel like it is something based on skill and not just having the CPU help you shoot the most the most important parts.

Moving onto something that really made this game shine through, traps. I haven’t seen a game that makes you use traps well, since Dragon Age: Origins. The pause a set feature in that game was something that needed to be used on the highest difficulty. The pause feature for HZD was to not get caught while you sneak around and set mines, trip-wires, and the like to catch these beasts unaware. The most intense moments where when you are setting up a trap and the best spots you before you complete. It’s like trying to throw away your vegetables as a kid without your parents seeing you. It becomes truly terrifying when you are caught. On the opposite end, it is an accomplishment to watch something like a Bellowback run through you traps, blowing bit and pieces off while exploding or getting caught on fire on pieces of trip-wire.

Aloy is by far, one of the best heroine role characters I have seen in a long time. Her personality, wit, and red-hairness are so impactful throughout the game that you just can’t help but care for her. You want to figure out why everything is happening as much as she does. To be emotionally enveloped in not only the character of the game but into the world as a whole really leaves nothing to be desired except for more at the end of the game. The story absolutely blew my mind, the detail and research to go into something that uses future technology always astounds me, but this was on a level that made it seem so real. From reading things left behind from the Old Ones to watching them and hearing them struggle against extinction, then come back to the day Aloy is in now. The pieces of the puzzle fit together so perfectly. Every nook and cranny of the life before was covered without discrimination or thoughtlessness. The games progress made me compelled to keep going. The game doesn’t adhere to a basic story-line, it often surprised me with different tropes that a writer is used to, and when you think you met a character that will be there for a time, especially in the beginning and you watch them die in front of in a hail of bullets. This propelled me further into the game, I wanted to prove I was the best Brave in the game and only for a few seconds I was, while I watched bullets rip through the competition I thought were going to be secondary characters. I watched my mentor and father die at the hands of the same people. only to learn why he is in exile at the end of the game. The progressions and why of learning information was masterfully placed to evoke the greatest emotions. Even at the end, you were to think about the beginning. So, I spent 123 hours to find the end of the game and learn all the secrets it held, and I will say that it was time well spent. 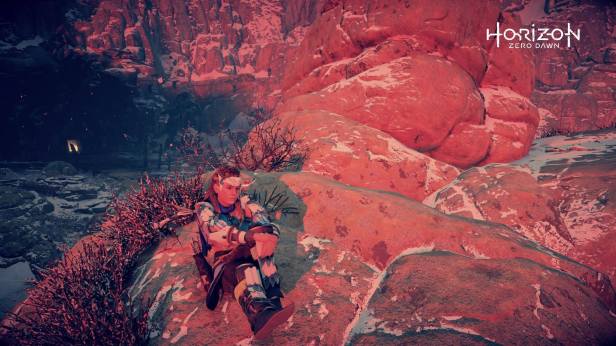