Assassin’s Creed III really tries to throw people for a loop in the beginning. It successfully does it as well. We actually start off as the enemy in this game without even realizing it. It turn, we also end up putting together the order of the Templars that first were established in North America. This is a new beginning for us and the first time we are actually on the opposite side. With Haytham, a trained Assassin turned Templar we see him become the grandmaster that Connor, his later son, needs to kill. What a loop. 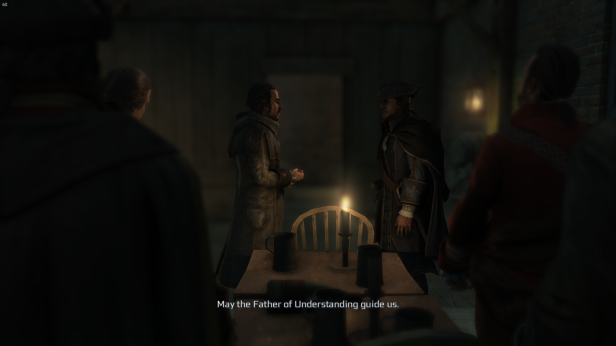 Meanwhile, we have people making out in the streets. 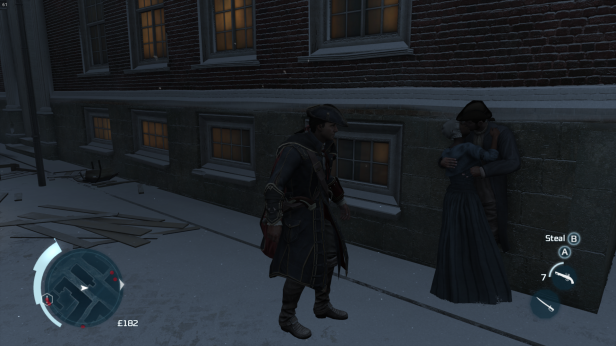 Though interesting weather to be doing such over the top PDA, we also have things to make the 1750’s seem a little more lifelike in Boston. Such as homeless animals wandering the streets and the like. It allows for immersion into the game that continues to grow as the Assassin’s Creed games mature. 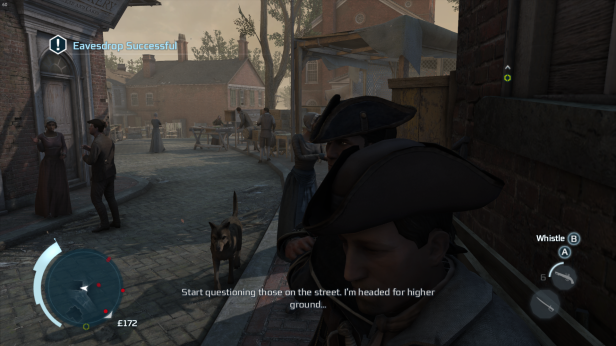 Detail into the tracks left while you wade through the snow really astonished me in this game, the small details into the shadows and ambient occlusion really bring colonial America to an almost hyper-reality.

Connor is a dynamic character and not like one we have seen in the AC games yet. He is stubborn, skilled, and extremely driven. Much like an Ezio, with the battle prowess and instinct of his older self and the brash young mind of well… his younger self. We see his form begin to take shape in his early days of being able to find the other children while playing hide-‘n’-seek. We see his tracking and stealth skills from hunting. Growing up in a time of constant fighting and the need to defend himself he is trained as a warrior already before he even gets to start training as an Assassin. All of this driven by the fact that the people, his father and the comrades you recruited in the beginning of the game, killed Connor’s mother. We follow this character who has gained such a strong conviction to the point when he finally starts his training to become a full-fledged Assassin.

Connor running to his Mother. 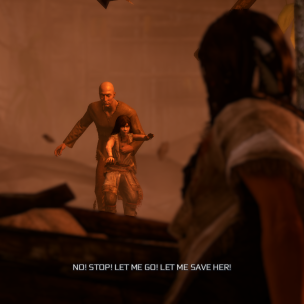 Connor watching his Mother be buried by rubble

Connor about to meet Achilles, a former Assassin.