Shadow of War is a game that takes emotions in times of war and can carefully consider them. It challenges the characters with their own gains and goals, which allows them to define what they want and where they want to go. The main characters, Talion and Celembrimbor, are at odds since the beginning of the first game when Talion is ‘possessed’ by the wraith that is Celembrimbor. We see their relationship form to a single goal in the first game, to become split apart again for good in the second game. This separation in their relationship isn’t just out of the blue, the game is filled with different views of the people sharing a single body. It creates cracks and eventually the union withers.

The story leaves nothing to be desired other than the fact of what exactly happened to all the secondary characters. Though this is something that would be nice to be closed up, the DLC seems to hint that we will see the rest of the story at a later time.

The main characters stories were wrapped up nicely with a little bow on top with our names on the tag. Talion gains the freedom he had wanted for decades and Celembrimbor although locked in an eternal struggle against Sauron finally was able to move on. Though I am not sure he is completely gone, in the end,  we see a blue wisp disappear behind Mt. Doom. A hint towards DLC or something else?

Facial sequencing for the game was something to be inspired about. Times that Talion, Idrial, or Baranor were in pain or surprised was clearly etched into their faces.

In all it’s splendor, if you are looking for a game that has fun mechanics and really drives home a hard difficulty if you are surrounded or outmatched, then pick this game up.  It has characters that really feel alive, that have their own desires and needs. It brings the story to a close with an interesting way to make the player feel the frustration that Talion must go through to continuously defend his fortresses from Sauron. Some may say that this is a cope out of ending gameplay, but I think it allows us to feel the repetition that Talion has to go through. It allows a final breather at the end of the fights because they do eventually get intense that you will be sitting at the edge of your chair hoping you don’t lose your fortress. Or you are laying there screaming for one of your orcs to save you from an Olog-hai about to crush your body. Just to be revived and saunter back to the fort and try to retake it.

PS: The memorial for one of the people working on the game at the end was simply wonderful. A man named Michael David Forgey passed away due to cancer while working on this game and was forever immortalized in this game as Forthog the Orc-Slayer. Forthog can come to save you at times of your second chance, allowing you a chance to live and fight another day. The memorandum at the end was a beautiful thing to watch. 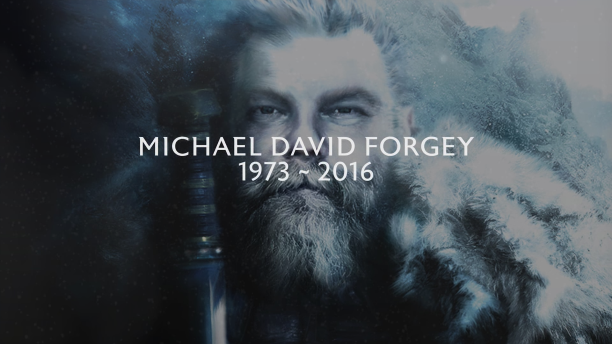